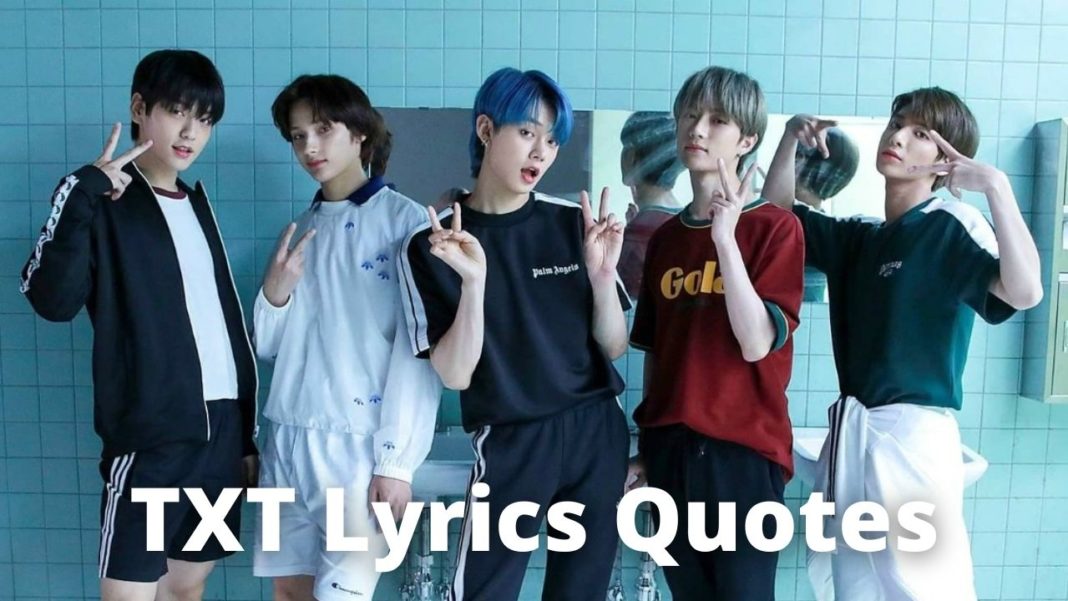 TXT Lyrics quotes are a popular topic of discussion among fans of one song or band.The TXT lyrics quotes is a fan favorite because it makes the song relatable to more than just those who were listening during its release. It can be interpreted as an motivation, romance or cultural reference and is often used on social media and on t-shirts.

TXT Lyrics quotes often become popular because they allow people to share their love for songs with others. It’s no surprise that the Internet has made it easier to find these great new content pieces everywhere we look, including TXT lyrics quotes for your favorite songs.

Presenting you all the TXT Lyrics quotes from TXT songs

Tell me in the comments which lyrics quotes belong to which song from TXT and the big TXT fans with the most correct answers will get a chance to feature in this post with their names, photos and social media links. So hurry up!